Frigate in a Gale 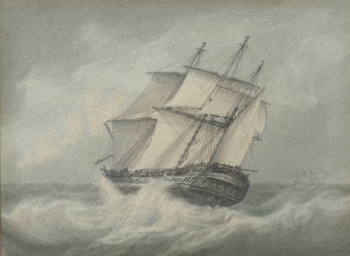 He was a British marine painter who contributed to the Royal Academy between 1787 and 1796. From 1796 to 1804 he was in the East Indies, when he returned to England, and continued to exhibit until 1808. He worked in oil and watercolour. The watercolour collections of South Kensington and the British Museum have each an example of his work.

Click here to view all available works by Samuel Atkins