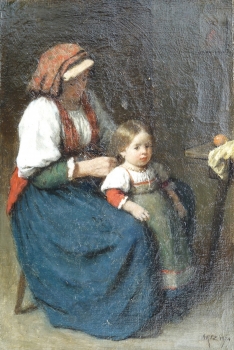 He went to the Amsterdam Academy & studied under Royer, but then was considerably influenced by his friend Josef Israels, moving to Zandvoort in 1859, exhibiting for the first time in Amsterdam in that year. After touring Britain, Germany & Italy, he lived for some time in Paris & became friends with Jacob & Matthys Maris. He was a highly regarded member of the modern realist school of painting.