The Mosel Bridge at Coblenz, Germany 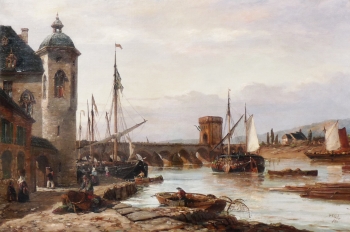