Figure Standing by a lake, with a Mansion Beyond 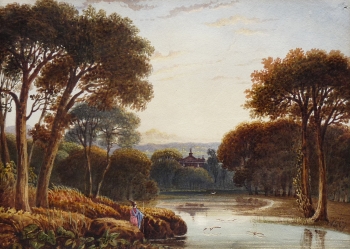