Sheep Resting on a Hillside 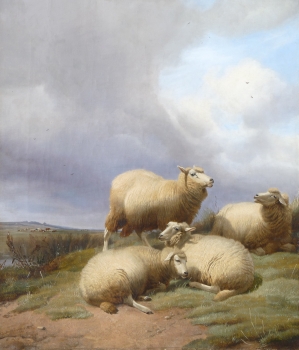