Figures by a Thatched Cottage 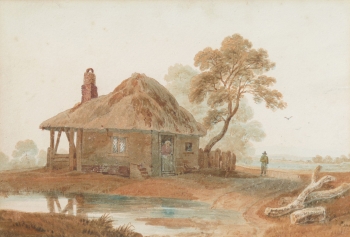