Cattle by a Pool 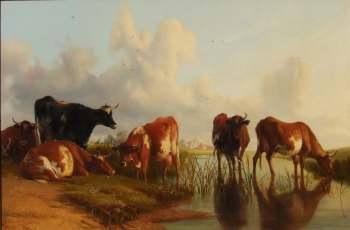