Shepherds Resting by a Highland River 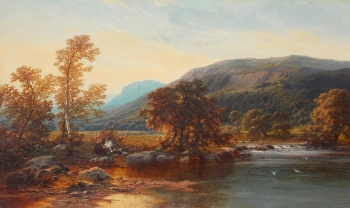